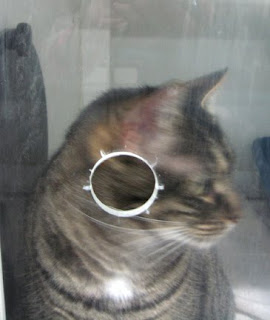 Last week, when I went to work with the Mayor's Alliance cats (thru Tavi & Friends' TTouch-in-Rescue program), there were a bunch of cats who had just arrived and had just been neutered, so most of them were very stressed out. When I arrived this week, nearly all of these cats were quite comfortable and at the front of their cages, ready for attention and love. This was wonderful to see!


Above is actually one of the cats who has been there for a while, Brie. She is generally the most vocal and seeking of attention, but she actually becomes calmer even if I start with another cat, as the calm energy from TTouch and Reiki spreads to all the cats in the room. I worked with her somewhere in the middle of the session, letting her out of the cage to run around a bit

Brie is very playful, if I do strokes down her back, she rolls over on her side to play, so I have to be careful because she can be over-stimulated in that position! 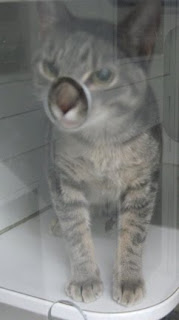 Charles had looked under the weather after his neutering surgery last week, but today he seemed to feel good, he was very active and very sweet. I tried clouded leopard TTouches and a couple of other TTouches and he was very comfortable. 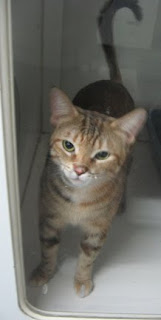 Cheeks is always at the front of his cage for attention, and will respond to just about any kind of TTouch. I did ear strokes and then clouded leopard TTouches on his body. 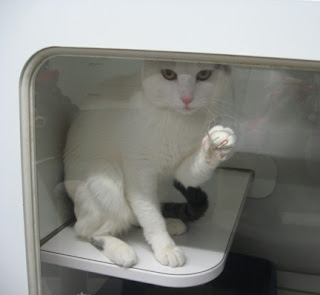 Johnny is very friendly now, feeling much better since he arrived, when he was a bit traumatized, probably from just having his neutering surgery. As you can see, he waits at the front of the cage now ready to make contact. He rubbed his head against my hand as I did connected clouded leopard TTouches going down his body. 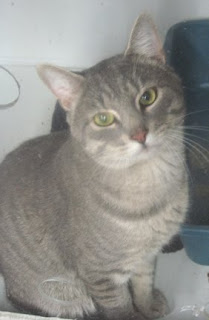 Max is very gentle and sweet, right at the front of his cage for attention. With him I did clouded leopard and zigzag TTouches. 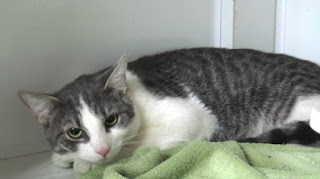 Pattie seemed a little more comfortable today. He had been shaking last time, and this time I only notice a little shaking. He is extremely sensitive to loud noises. When I used the back of my finger to do TTouches on his forehead and did some raccoon TTouches on his mouth, she really settled. I spoke slftly to him and did some Reiki and some light clouded leopard TTouches on him, speaking in a very soft voice. He stretched out and really relaxed as I did this. 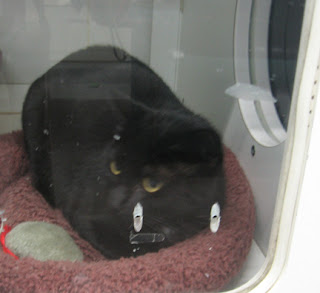 With Serena, who will hiss when you first open her cage, I used a long-handled paintbrush to do light circles and strokes, moving the skin around in a circle and a quarter with the brush. She feels very comfortable with this, and quickly started purring, drooling, and rubbing against me a bit. I worked in a few circular touches with my hand as she did this, then went back to using the brush. 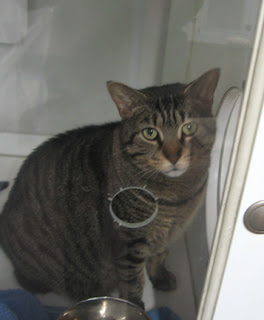 Tiger is such a sweet cat, with a gentle, quiet energy. She responds most to the comforting Ttouches using more of the surface of the hand, such as the abalone Ttouch and the octopus TTouch. The octopus TTouch is one that you would only want to do on an animal who is extremely comfortable, as it can be way too overwhelming for a shy animal. It is sort of like a zigzag TTouch using both hands at the same time (will have to get a clip of that online).
Posted by sarahsuricat at 11:07 AM