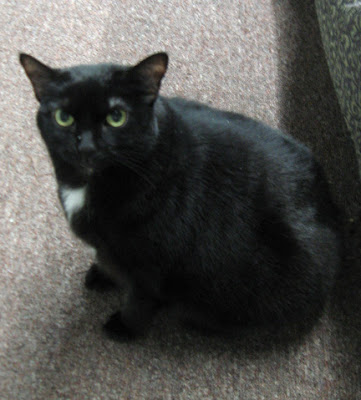 Today I went to work with the Mayor's Alliance Rescue Cats thru Tavi & Friends' TTouch-in-Rescue Program, which I do once a week. As usual, some of these cats I have worked with for a while and some are new. I mention quite a few of the TTouches here, and I welcome you to check out my youtube channel (http://youtube.com/sarahsuricat) so that you can see demonstrations of these TTouches.
Blackie (above) usually is eager for attention, but she can get over-stimulated, and she started out in a bit of an over-stimulated mode. When she is like this, it is sometimes best to use the jelly scrubber instead of my hand with her. The jelly scrubber is a horse-grooming tool, and has two textures on it. Most cats like the texture with the smaller rubber things on it, as Blackie does. I do the TTouch circles using the jelly scrubber, going very slowly and working along the top of her head as well as going down her back. She can be a bit sensitive around her hind end so I don't always go all the way down. I only worked with her for a short time today, as that seemed to be what she preferred. 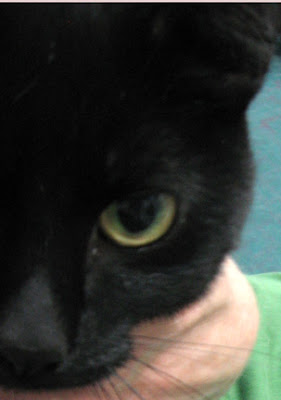 Blackie 2 was a bit shy when he first arrived at the shelter but now he is super-friendly and seeking of attention. He was very excited and was rubbing his head against my hand. I did the llama and abalone TTouches with him, as these use large surfaces of the hand and are very calming for animals who can get over-excited (or who are nervous). These began to calm him, and then I started doing some ear strokes with him, and I noticed a real shift in him when I did this. Suddenly his whole energy calmed down, and I felt so connected with him. 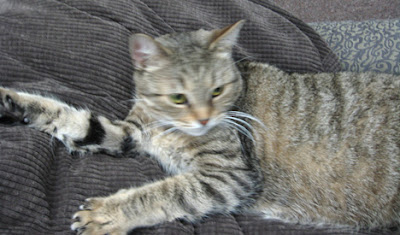 Honey (above) is a sweet kitty, but today she mostly wanted to just hang out outside of her cage and wasn't in a mood to be touched too much. She generally prefers more contact around the head than the body, so I did some gentle raccoon TTouches around her forehead, top of the head and around her ears. 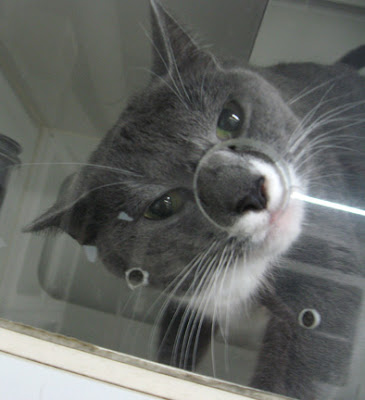 Ices has a very gentle, sweet personality. She immediately began to rub her head against my hand. I did chimp TTouches (uses the back of your fingers), and she settled right into these and stretched out. 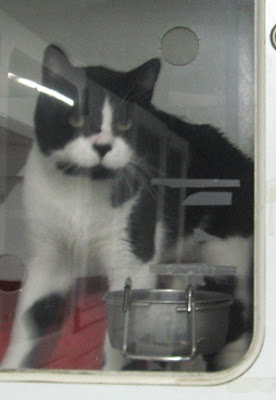 King Kong is a friendly little guy but can get over-excited easily, so I do the TTouches using the back of my hand and fingers such as the chimp TTouch and llama TTouch with him, which can help bring him back into his body. 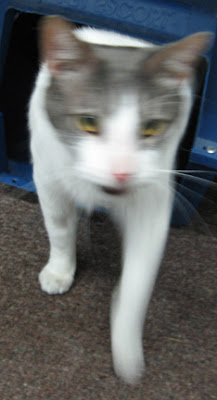 Lee was very very shy when I first started to work with him, but now he meows to be let out of his cage for some interaction. He can still startle easily, so I wait for him to come to me, then do a few abalone TTouches or llama TTouches, then let him walk around some more. Eventually he is becoming more and more comfortable with contact. 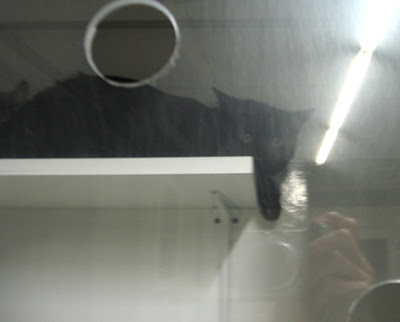 Lil Panther, Tiger Lily and Sweet Mama are new and extreeeemely shy. Sometimes when there is more than one shy one together in a cage, I start with the one who seems to be the most dominant, since if they come around, then the others usually follow what he does. Lil Panther seemed to be the "top cat" here, so I worked with him first, using the back of the hand part of a back scratcher to make contact. I did gentle TTouches on his head and a bit on his back. I would do some TTouches, give him a break, then start again. He growled at first, then after a while he closed his eyes and his body began to relax. I did a few TTouches on his cagemates but didn't want to push the issue with them so kept it short. 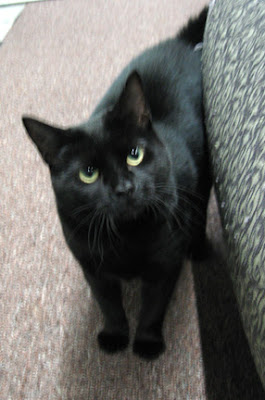 Marette still can get startled quite easily but she has gotten so sweet. When I let her out of her cage, I sit on the floor with my legs bent up, and she walks back and forth under my legs, and I do TTouches on her as she goes by. She did a real shift today when I did little circles using my fingernail and back of my finger to do the circular TTouches first on her head, then ou her body. The forehead is an especially calming area for her. She was purrrrrring. 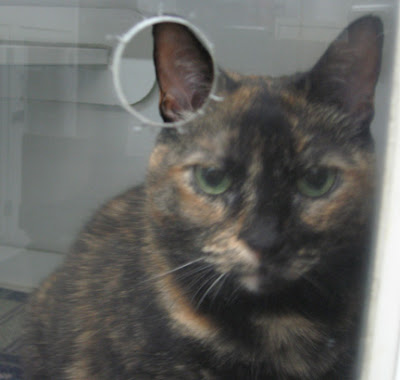 Mila is a very sweet girl and seeks attention, but she can get a bit worked up, so I do very slow chimp TTouches with her, mostly on her head, and it brings down her stress level. 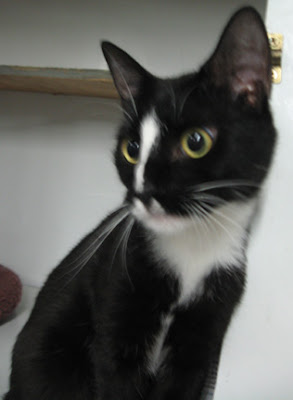 Otto is a new little guy, he is adorable, of course, and quite friendly. He started rubbing his face against me as soon as I began to do TTouches with him, he really relaxed into them.

Thanks all, look forward to seeing you soon, unless you get adopted, which would be even better!

Posted by sarahsuricat at 10:02 AM