TTouch and Reiki with the Mayor's Alliance Cats: April 11 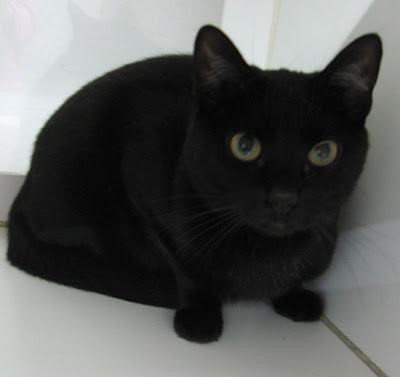 When I went to work with the Mayor's Alliance cats today thru Tavi and Friends' TTouch-in-Rescue program, there were some new cats there, as well as some who I have worked with for a while. Above is Blackie 2, who was in a cage with a grey and white kitty named Kitty. They are both a little on the reticent side, so I began working with them by doing TTouch using a feather. Blackie 2 responded to the feather, and started rubbing her body into the touch. I did some Ttouch with my hand as well, and she was quite comfortable with that, but was hesitant to come out of the cage and into the room. Kitty also responded really well to the feather and then to TTouches directly with my hand. She came out of the cage, but was a bit startled once she got out, walking very low to the ground. She was more comfortable being touched inside the cage. 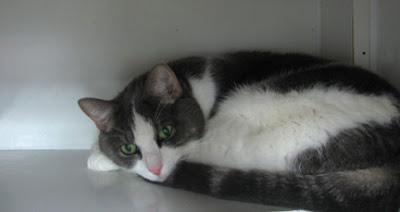 Hank (above) is also new, and he looks a little wistful here, but he is actually extremely friendly and outgoing. As I wasn't sure what his personality was at first, I began with him using touches with the back of my hand, such as the chimp touch and the llama TTouch, followed by Noah's March (straight stroke using the back of my hand). 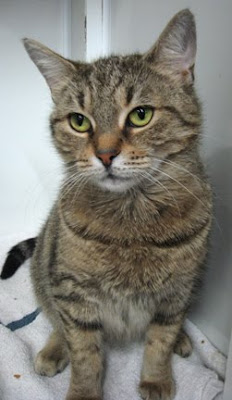 Honey is very sweet, and is becoming more outgoing. She can get over-stimulated though, so with her I also used TTouches with the back of my hand - chimp TTouch, llama TTouch, then Noah's march using the back of my hand. I give her a lot of breaks, waiting for her to be ready, and this works very well with her. 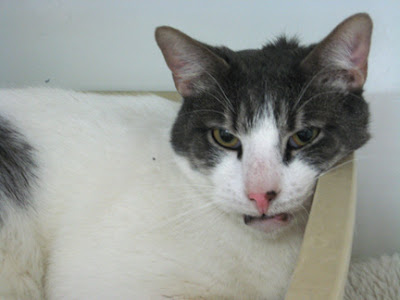 Lee is a new guy, with such a sweet, endearing face. He was frozen, terrified in his litter box when I first opened the cage. You can see a clip which shows my work with him from this week and next week (yes, I'm a bit behind on my posts!) at my youtube site at http://www.youtube.com/sarahsuricat#p/a/u/0/H_DnnXau-WE 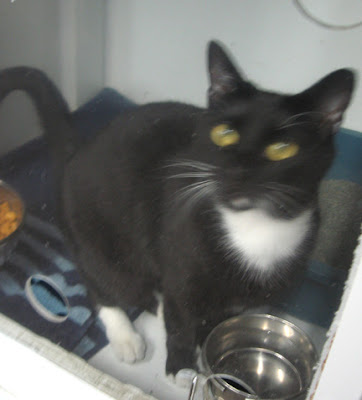 Maddie is so sweet and funny, she gets so excited about coming out of the cage for contact that she starts drooling. I did chimp TTouch and clouded leopard TTouch as she walked back and forth across my lap, purring and drooling all the while. She would bump her head up against my hand as well. 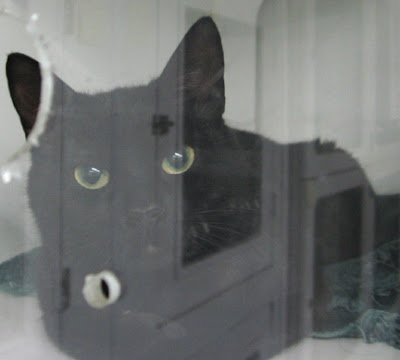 Marette is very sweet, but is still a little shy. She can get nervous easily, so I do a few TTouches on her, stop, give her a break, then try again. The Ttouch she responded to most today was the chomp TTouch on her head and a bit on her body, followed by Noah's March using the back of my hand. 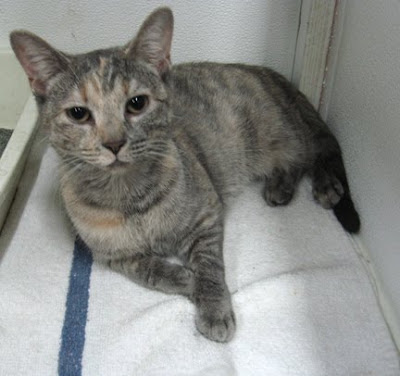 Mishu is a gentle, friendly kitten. She was purring the entire time. I did chimp TTouches on her, as well as ear strokes, and she was pushing her body into the touches as I did them. 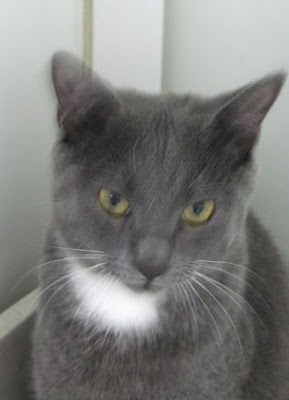 Munchie is getting more and more friendly. He still can start out a little shy, or swat a bit since he is playful, so I start out with him using a paintbrush or other tool, then do TTouch on him directly with my hand. 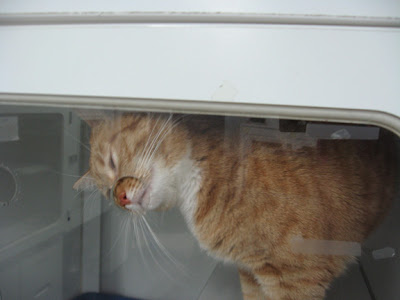 Nene is so gentle and sweet. As he can be a bit on the timid side, the TTouches he responds to best are the abalone TTouches, which use the whole hand and can be very comforting. Spock is an extremely affectionate cat, also quite an inquisitive cat. He came right out of his cage and onto my lap as I sat on the couch. I did TTouch on his head, connected chimp touches down each side of his body and he stretched out and became quite relaxed.

Posted by sarahsuricat at 11:16 PM