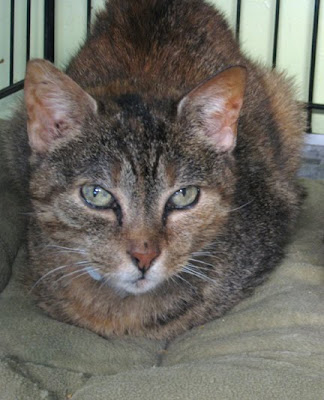 Camilla (above) and Animal (below) both arrived at BARC shelter a few months back along with a bunch of other cats after their owner passed away. I have worked with both of them a lot, as they have both had ongoing digestive issues and Animal is also quite shy. She is blind in one eye and seems to be partially blind in the other, so her depth perception is not so good, so she can get startled very easily. They are both in a lot better shape now, and Animal has become a lot more comfortable being touched as well. The other day, they were put into a cage together. I came in a couple of days after this was done, and they still did not look at ease being in the cage together. Camilla was especially agitated. When she had been in her old cage, which was on a lower level, she would always come out onto people's laps for attention, but when I took her out of the new cage (which is on a top level) and began to put her on my lap to do TTouch, she started hissing at the other cats in the vicinity, and seemed nervous, so I put her back in her cage and gave her a bit of a break so she could settle down. When I opened the cage again, Camilla started acting as she usually does with me, rubbing against my hand as I did TTouch. I worked with her for a while, then worked with Animal. Next I decided to try working with both cats at once. Since both cats are used to me and friendly with me, I thought that perhaps if I did this, they would both calm down and maybe a connection would be established that could connect all three of us. I started doing zigzag TTouches on both cats (one hand on each cat), which is a TTouch that they both really respond to, and it is a great TTouch to help connect all the parts of the body. They both started rubbing against my hand and became very comfortable. The food bowl is towards the center of the cage, more on Camilla's side, and during this time they each came to eat from the food bowl, which was great to see that they were at ease enough to do this. 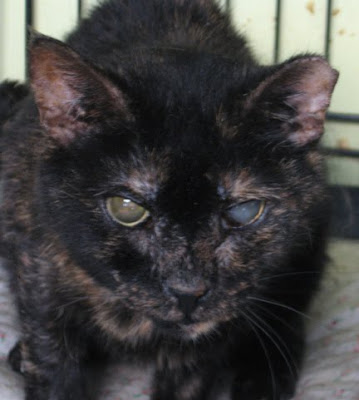 After all those zigzag TTouches, my hands were very warmed up and buzzing. I decided to try something I had not tried before. I began to do Reiki simultaneously with both cats, one hand on each cat. I felt my feet very firmly in the ground, light coming through the top of my head and out my hands and into their bodies. I felt both cats really absorbing the energy, and both cats really settled. I felt the whole atmosphere in their cage become very calm and quiet, and a lot of heat was coming out of my hands. I felt such a strong connection with both cats, and it was a pleasure to feel them both becoming so quiet and calm inside. When I finished the session with them, they were each resting on their respective beds, looking very cozy indeed. 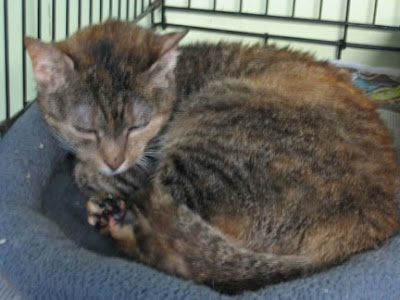 Posted by sarahsuricat at 1:29 PM