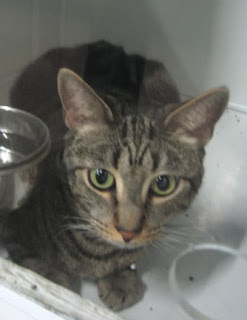 Today I went again to work on Mayor's Alliance rescue cats through Tavi & Friends' TTouch-in-Rescue program. Above is Diego. He is such a sweet, gentle soul. He really settled in today as I did ear strokes on him. The ear TTouch can be especially relaxing as there are acupressure points to other parts of the body in the ear. After this I also did some TTouches around his mouth, which is an area which can hold a lot of stress, and connected clouded leopard TTouches down his body - first one side and then the other. He really stretched out and relaxed. 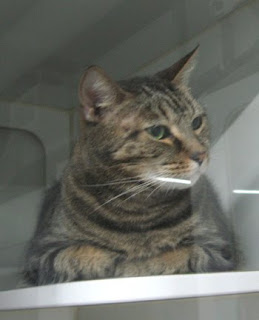 Above is Angel. She is also a very sweet cat, and just waits at the front of the cage for me to open the door and give her attention. She almost gets too excited, so I'm careful not to do too much on her at once. She rubs her head against my hand and rolls on her side as I do TTouch on her head and on her body as well. 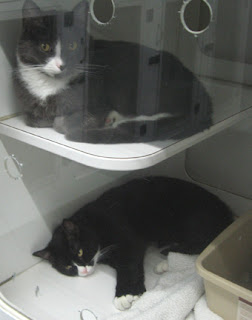 Smoky and Oreo are pictured above - Smoky is on the top shelf and Oreo is on the bottom shelf. Smoky is initially a tiny bit shy but once you touch him, he is so receptive to TTouch. The only problem with these two being in the same cage is that Oreo is very dominant and moves in front of Smoky when I am trying to touch him. On both cats, I did ear strokes, followed by small raccoon touches outside the mouth, working along the outside of the mouth back to the jaw area, and then clouded leopard TTouches down the body. 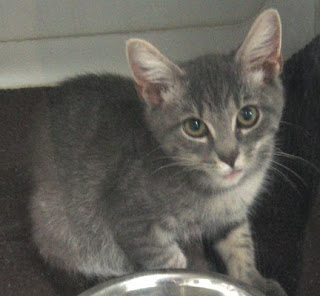 Above is a little kitten whose name I think is also Smoky, and below is his kitten friend Sunnie. These two are both extremely playful and well-socialized. I held these little ones, one at a time, and did ear strokes on them with a fairly firm touch, then clouded leopard ttouches on their body. They were both purrring all the while. 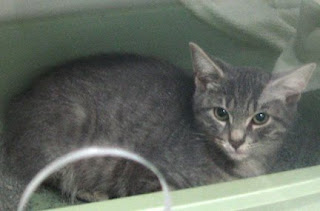 Next is Vaska (pictured below). Vaska is super-friendly but can get almost TOO excited by being TTouched as well, so I do a little bit with him, then stop, give a break and come back. He will stretch out on his back or side. On his body I will often do abalone TTouches at a slow speed as these can be generally more soothing than stimulating. The slow speed is important too as the tempo of the TTouches can help determine whether they are relaxing or stimulating. 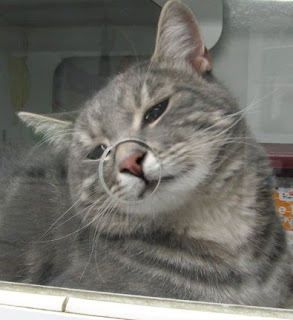 Ziggy (pictured below) is quite a character, and very sweet. He also really loves attention. I did TTouches around his head, ears, and then strokes and circles with the back of my hand down his body. 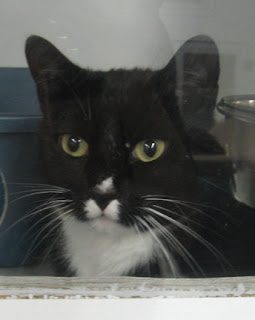 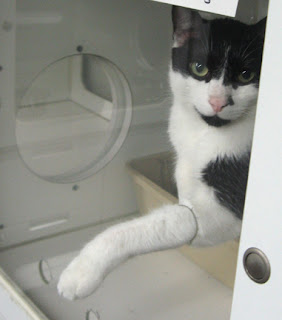 Posted by sarahsuricat at 3:48 PM