A Shift Towards Balance and Healing: Reiki with "Taco" at BARC Shelter 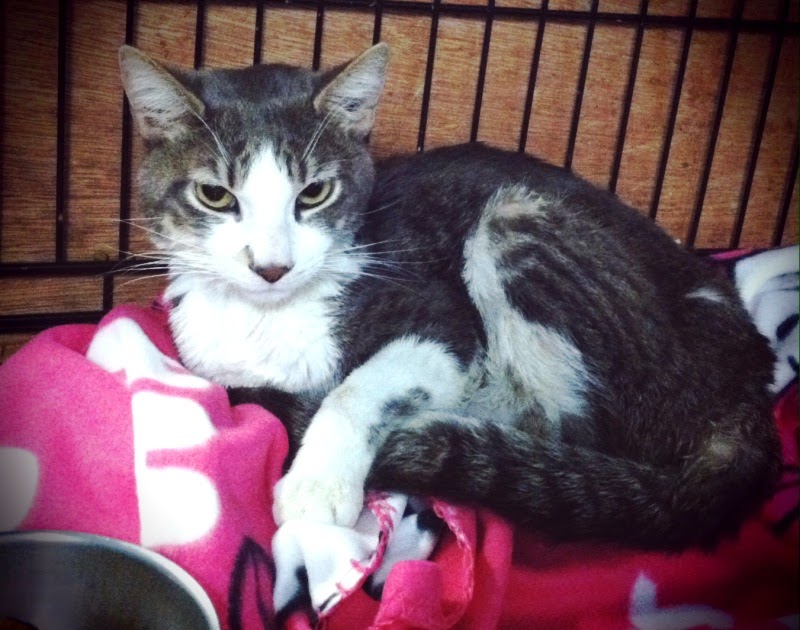 Shelter animals most often arrive in a state of stress and trauma in one form or another, but sometimes that state is more extreme than others.  Reiki can often help to shift the body and mind into a more balanced state, so that it is more able to begin the healing process.

Taco arrived at BARC Shelter in an extremely weakened state, so extremely emaciated and fragile, that the shelter people were unsure if he were going to survive even until the next day.

I wanted to connect with him in the gentlest way possible, so I began by sitting in a chair outside his cage, sending him Reiki energy, and speaking to him in a soft voice, reassuring him that he was in a safe place.  At that moment, he was crouched in a position which told me he was uncomfortable and scared, and he also seemed very out of it since he was so weak.

Little by little, I saw him begin to shift his body position, and he began to get into a more comfortable position, curling up and becoming sleepy.  I stayed with him a long, long time, just letting the energy flow, telling him he need only take as much or as little as he wanted.  A couple of times I reached into the cage to gently stroke him, and he nuzzled against my hand.  I felt his energy and feeling of his life force start to shift during the session, as though the Reiki energy gently flowing through him was breathing more life into him.  I could see him looking more comfortable, his stiffness melting away, and his energy becoming peaceful as I imagined light all around him and through him.  One of the images I love to use during a Reiki session is that of connecting with the bright light that is inside of the animal, connecting with that positive energy which can grow and expand, healing and permeating through the body and spirit.

During the next few days, thanks to the wonderful BARC staff (Colin and Diana, the keepers of the Cat Loft) hand-feeding him and helping him get the nutrition he needed, he began to perk up more, so the next time I saw him (several days after the first session), his energy and vibe were better.  I opened the cage and he came right to the front of the cage, out of the cage and he melted into my arms.  I felt our energies merging, as he completely relaxed into the Reiki energy.  He drifted into a state of peaceful sleep. 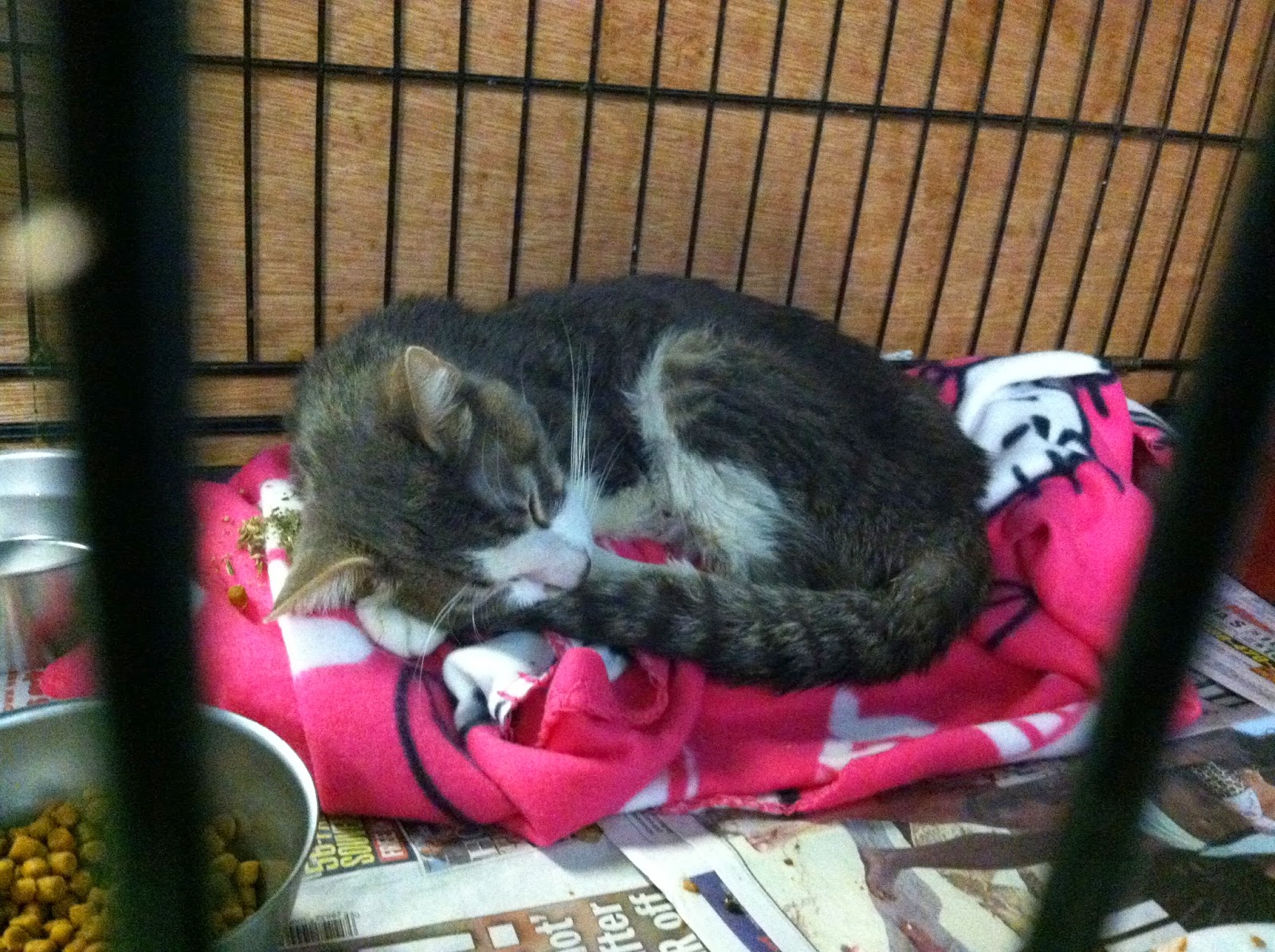 I remained there for over an hour, feeling light and energy traveling back and forth to and from my arms and hands and his body, a feeling of a bubble of light around us, so that whatever sounds, etc (a shelter can be noisy with people walking around, dogs barking, cats meowing at times, etc.) seemed to be in the background, as we were in this protected space.

When I felt that it was time to end the session, I gently lifted him back into his cage, and he curled up for a cozy nap.  So sweet to see him so peaceful.

The next time I saw him, he was more peppy, so I did some TTouches with him before going into the Reiki session, and he came to the front of the cage to eat some kibble on his own.  Colin and Diana had said he was eating a bit on his own the past couple of days.  They will continue to hand-feed him until he is eating enough on his own, but this was a really positive sign.

I feel so much trust from this little cat, so much gratitude, so much love.  As though his spirit is so much bigger than his physical body.  Animals have so much to teach us about forgiveness, so much about appreciating the moment, so much about unconditional, eternal love.


Thank you so much, dear little Taco, I am sending Reiki for your continued progress, and look forward to seeing you soon!  And thank you to all the wonderful BARC people, staff and volunteers, for giving this little guy the loving energy that he needs to be able to recover.  xoxoxo
Posted by sarahsuricat at 2:25 PM