Reiki with Chloe: Coming into her Own 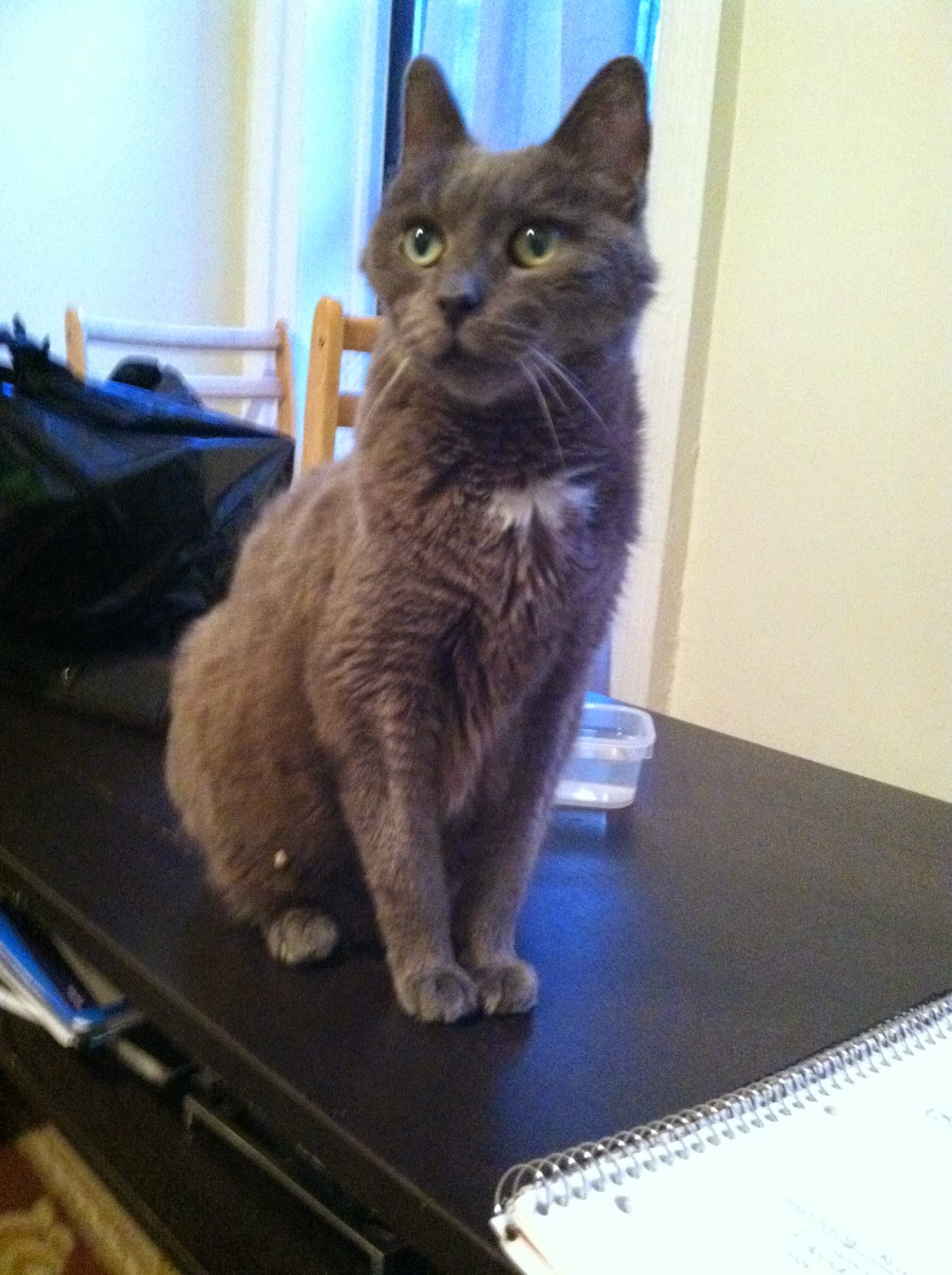 Chloe is a beautiful, graceful, gentle cat.  I first came to know her because I was working with her brother Max, and as time progressed, I began to work with her as well, as she has kidney issues, as well as a mass that is close to her bladder.  Thankfully, at the moment her appetite and energy is good, so she seems to be in a stable holding pattern.

Sadly, her brother Max passed away in March, after battling a number of health issues.  Max was a brave, strong soul - his wonderful people (Debbie and Jonathan) did everything they could to help him, and I know he remained on the earth as long as he could for his people.  I am honored to have worked with him and to have known him - he was such a unique and delightful personality, and truly a warrior.

Though Chloe often appeared irritated by Max, there was still a bond there, and it has been an adjustment for her after his passing.  He was a huge presence, even when he was ill.  I know that she, as well as, of course, her people, felt the empty space that was left when he left the earth.  I felt it as well, even though his spirit is still very much around, and I have seen it/felt it a number of times during the Reiki sessions with Chloe after his passing.

Over the weeks, Chloe does seem to be adjusting though, and really coming into her own.  She seems to be getting more confident, as well as more affectionate, every time that I see her.  And with that trust, as often happens, it feels like the Reiki goes to a deeper and deeper place. It often is a very trancelike state in the midst of the session, like being in a dream although you are awake, and I can see and feel waves of energy as they move in between us.  I have also been able to do more hands-on TTouch with her, as she is much more comfortable with direct contact, and seeks it from me.

And Chloe has also started to do a few things that Max used to do.  One of them is leading people to where she wants to go, by walking a bit, looking back to see if you are following her, etc. 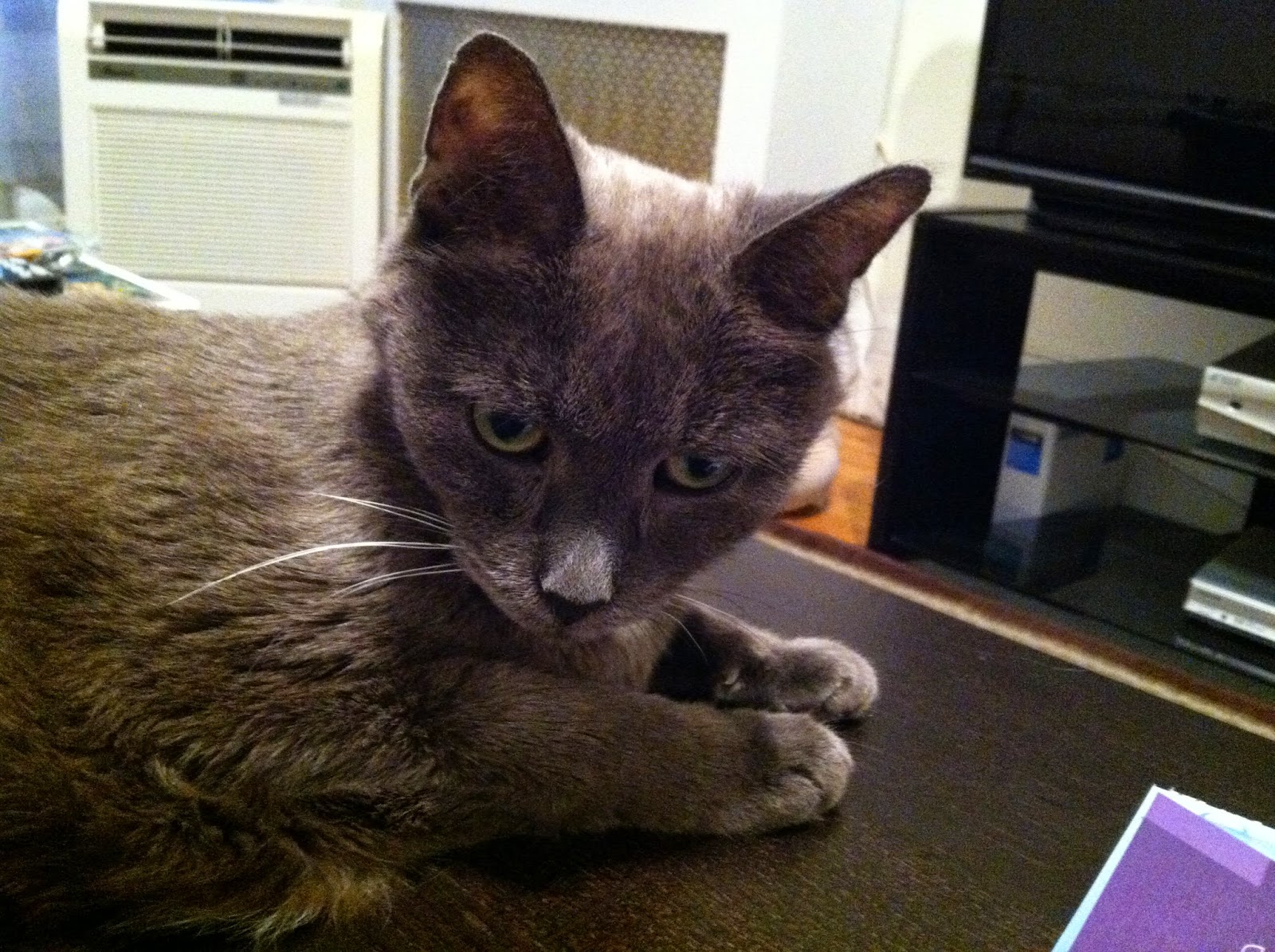 Every once in a while she will sit up very straight and look you straight in the eye, which is something Max also used to do.  There is also a quiet sense of humor which seems to have been coming forward more and more, which is delightful to see.

One of our recent sessions was particularly powerful.  Chloe let me into the bedroom, which was cool, as the air conditioner was going in there.  Chloe seems to be a cat who prefers cool places.

She wanted to stay on the bed the whole time.  From time to time she slightly shifted her position, getting closer til she laid into my hands.  I always start with my hands slightly off her body, and let her guide me as to how much direct contact she is comfortable with. 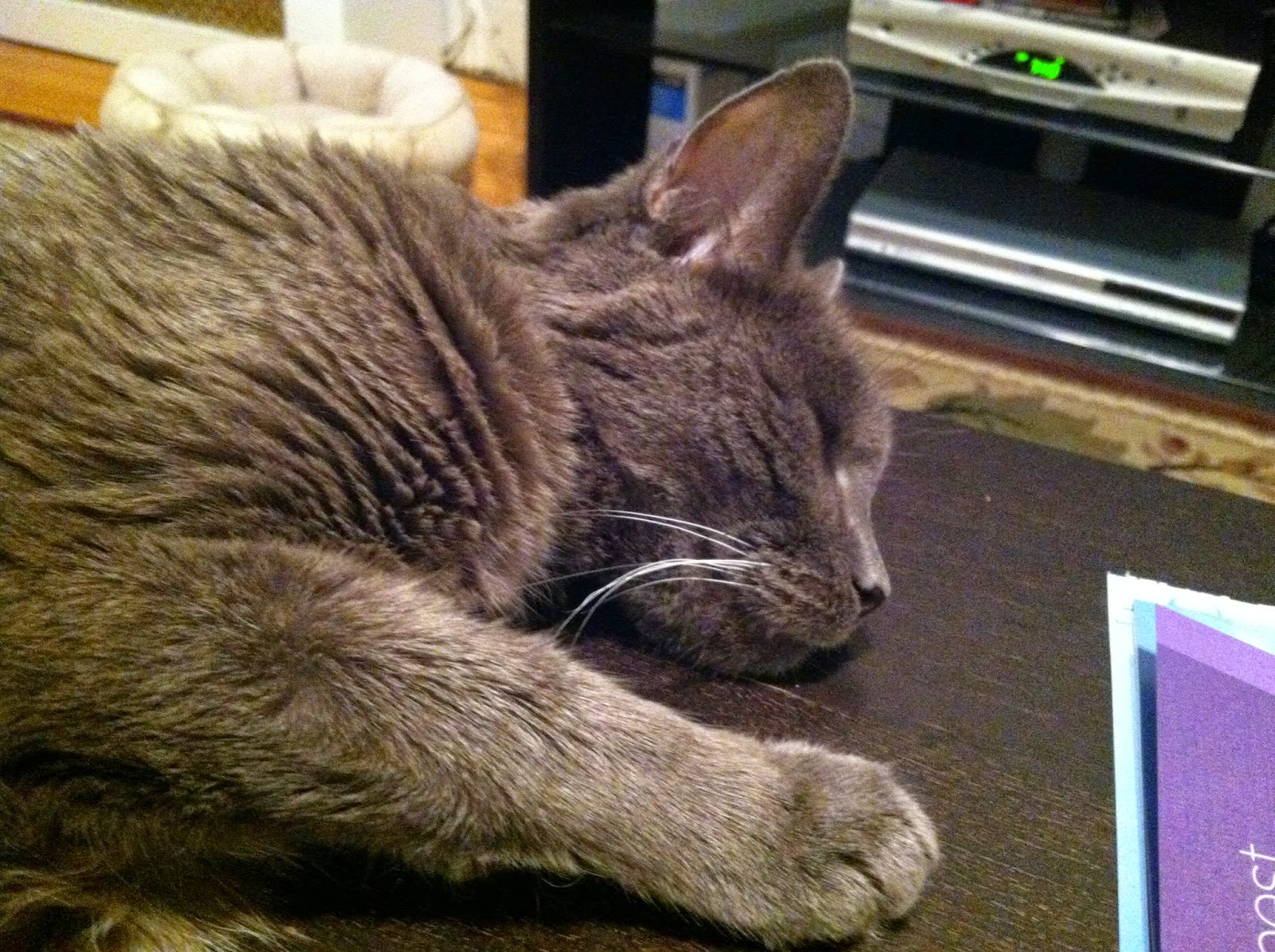 I felt my hands guided to a place on her lower back, which makes sense considering where her issues are.  During this session, Chloe was comfortable with my hands directly on her body.  I felt my energy merging with hers like my hands being pulled inside of her body. Her feet were touching my hands and my arms, and I felt energy going back and forth there as well. I felt the energy going thru my hands into her like light, as I was visualizing her being healed, and her mass going away. At some point in the session, I though I saw a glimpse of Max, as though he peeked around a corner at us.

As I continued, my energy merged with Chloe's, like my fingers going inside her body, energy going deeper and deeper.  She didn't want me to stop, and I went on longer than usual.  And as I have felt with other animals, I felt like I was experiencing her true self, her spirit, which is so much larger than her body. 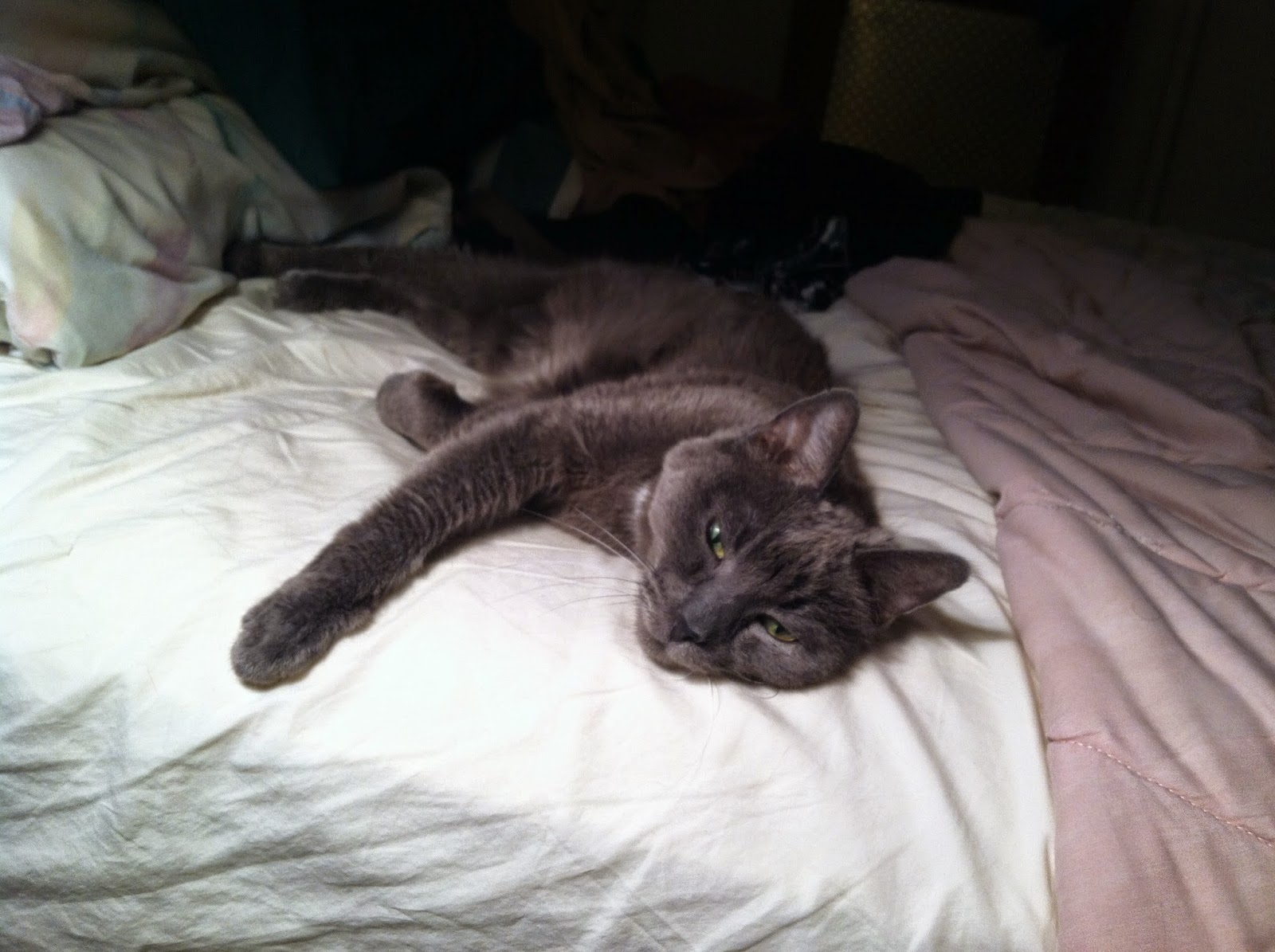 When I finally did end the session, I felt that she was a little sad, but I didn't want to overwhelm her, as the session had been so powerful.  I quietly ended the session, thanked her and left the room.

A few minutes later, as I was speaking to Jonathan in another room, Chloe quietly came in, as though she wanted a few pets before I said goodbye.

Thank you Chloe, it is a pleasure and honor working with you (and your people), and I look forward to our continued work together.  And thank you for reminding me of the power of that quiet connection.  When one is truly inside of that moment with an animal, when nothing else exists, that is when the most powerful experiences are able to occur.
Posted by sarahsuricat at 11:56 AM