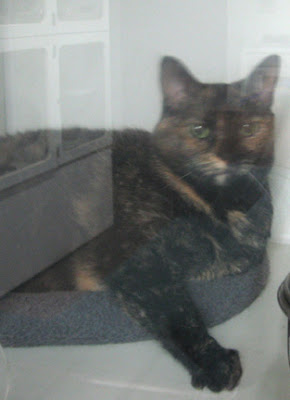 Today I went to work with the Mayor's Alliance rescue cats through Tavi and Friends' TTouch-in-Rescue program.
During the posts about these cats, I refer to many of the TTouches, so if you would like to see demos of these TTouches, please visit my youtube site at http://youtube.com/sarahsuricat
Milla, a lovely tortoise-shell cat, was extremely friendly, purring up a storm. She gets so excited for attention that she can get overstimulated, so I give her frequent breaks, doing abalone TTouches and LLama TTouches, which use large surfaces of the hand, as they are less intense than other TTouches. I also did some ear strokes with her, which can be very calming. 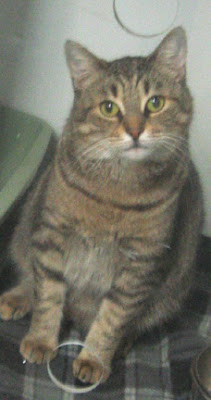 Honey is very sensitive, so I generally use TTouches which use the back of my hand, so I did the chimp TTouch and llama TTouch with her, which she finds calming. I just do a few TTouches at a time, giving her frequent breaks. 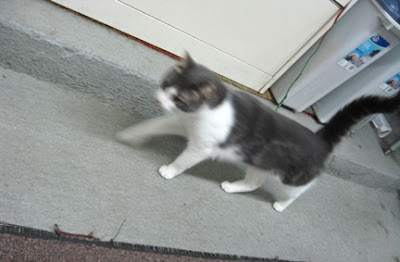 Kitty (above) and Blackie 2 (below) are both very sweet now. They are in the same cage, and both came right out of the cage and onto the couch with me today for ear strokes, ear circles and, as they tend to be on the more gentle, timid side, I did soothing touches using larger surfaces of my hand such as the abalone TTouch (circular TTouch using my whole hand) and the llama TTouch (circular TTouch using the back of the fingers). Both were extremely responsive to these TTouches.

Blackie can be quite sensitive, so with her, I generally do mostly TTouches around her head area, then work in some of the larger TTouches going down her body, for example, doing an abalone TTouch and then a stroke going down her body, then giving her a break to see what she wants to do. The jelly scrubber is also something she really enjoys. 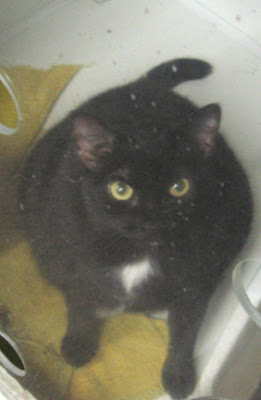 Bastet is very sweet. She is reticent about coming out of her cage, though, so I did TTouches on her in the cage. She really settled into them, purring and drrooooling. Drooling is something that some cats do when they are very cozy, which seems to be the case with her :) I did ear strokes, abalone TTouches and hair slides with her. 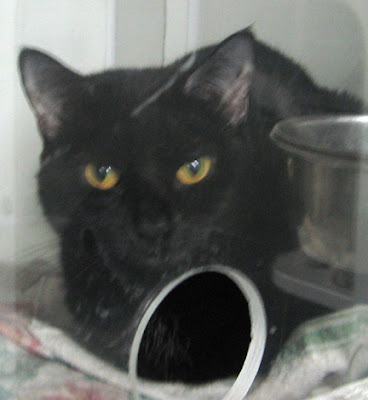 Ices (or Isis, sometimes her cage has one spelling and sometimes the other) is more brave than she was last week but still is on the shy side as far as coming out of the cage or interacting with the other cats when they are out of the cage. She preferred to remain in the cage today. She started rubbing her head against me as I did the TTouches with her. I did llama TTouches, clouded leopard TTouches going down her bac, and slow abalone TTouches. She became very relaxed and at ease as I did this. 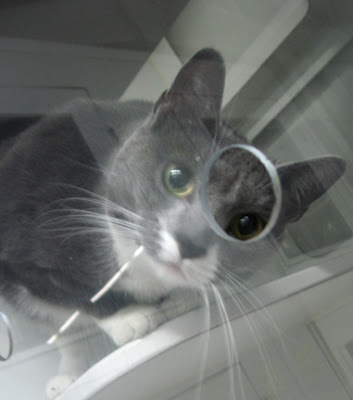 Today I let Hank (below), Kobie (below that) and Lee (below Kobie) out at the same time. Hank and Kobie are quite comfortable and social, and Lee loves people and gets along with Hank - they were playing together, which was very cute. 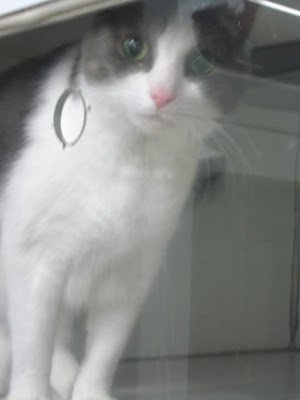 I alternated between the three cats, doing TTouch on one, then the other, so they were able to have some playtime as well as some TTouch time. This worked quite well for these three, as they are active and generally extremely eager to get out of their cages. 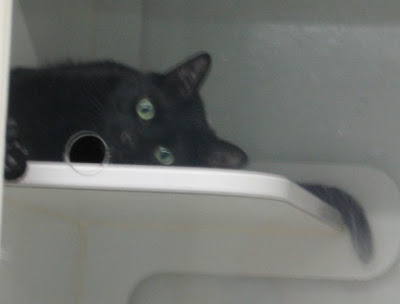 Lee has the most amazing face, he is so expressive! his eyes can't help but touch your heart. 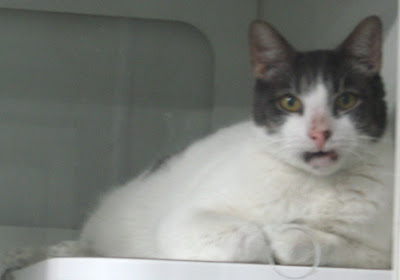 Last but not least was sweet Marette. What seems to be most comfortable for her is for me to sit on the floor, with my legs bent up. She likes to walk underneath my legs, and I do TTouch on her on either side. Today she really settled in when I did some TTouches on her forehead with my fingernail. The forehead can be an area which is extremely relaxing for shy cats, and it is usually best to work with a small finger surface there. I like to use my fingernail as it is a back surface of the finger, therefore more gentle.
Thanks one and all! look forward to seeing you all soon. 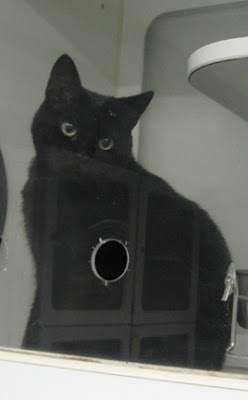 Posted by sarahsuricat at 5:01 PM