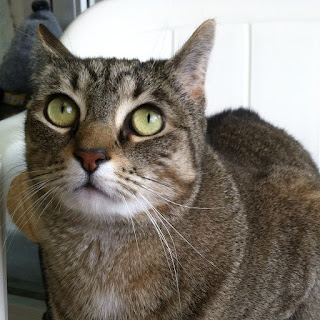 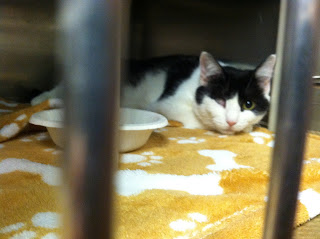 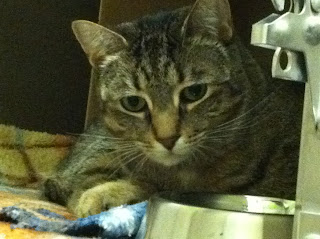 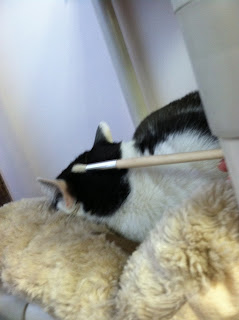 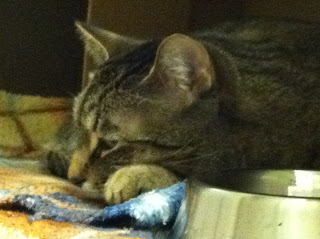 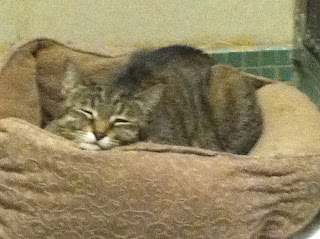 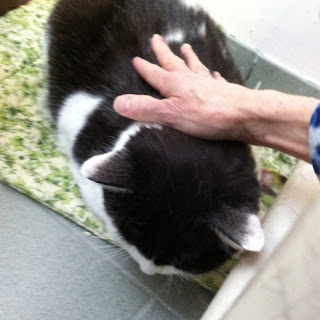 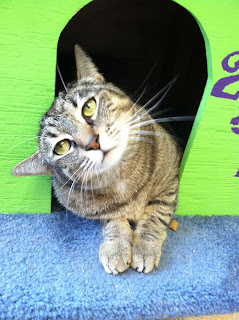 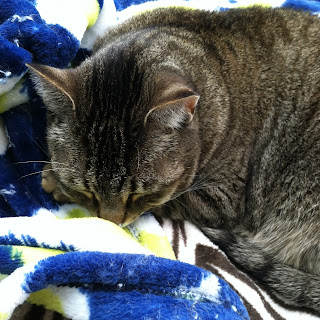 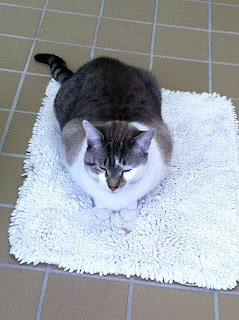 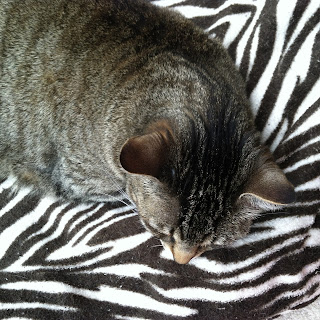 Lenore
We were all part of this lovely, relaxing energy.  And it was interesting, too, to feel that connection with Lenore that felt like it stretched back those months ago when she was first learning to trust me.
This session reminded me, too, that it is always important to keep my mind flexible.  The animals remind me of this every day.  If something is not working, try something else.  Sometimes it will be Reiki, sometimes it will be TTouch, sometimes it will be play time, sometimes it will be talking in a calm voice, etc.  If one TTouch doesn’t work, then maybe another will.  If one TTouch tool is not effective, then maybe another one will be.
The most important thing when working with an animal is to truly be there in the moment with them.  Because when you are really there in that moment, that is when the magic can unfold.
I thank the animals for reminding me of that, and for all they have to teach me.   And I thank all the beings at the shelter, both human and animal, for all the love, caring and beauty that they have to share. :) xxoo
Posted by sarahsuricat at 10:58 AM