Recently I taught some TTouch workshops at Bideawee, and I enjoyed it there so much that I began volunteering there.  The shelter is very thoughtfully set up for the animals and is staffed by such caring people - a great place!

And it has been a joy to re-connect with Kerrie McKeon, one of the main keepers of the kitties at bideawee and cat expert extraodinaire.  Check out her website, http://catsleuth.com.  We met at the first TTouch training I took in NYC some years back.

There are quite a few cats who I would love to share about, but first I will tell you about Selena. 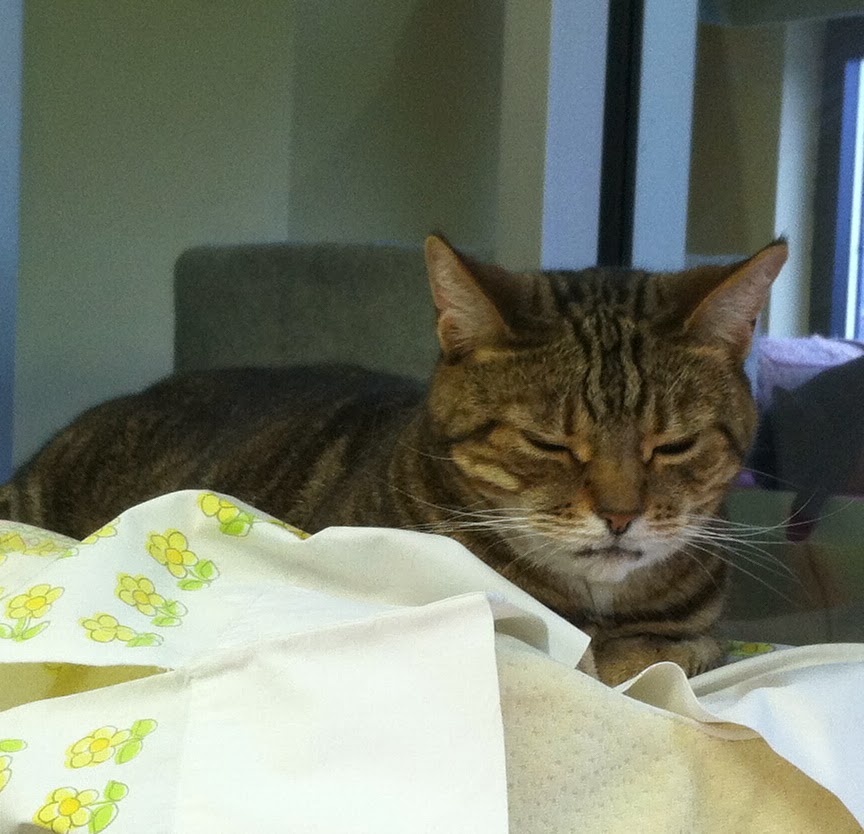 Selena is a beautiful nine year old cat.  She can be wary, and initially hesitant to being approached and to being touched, so in my first session with her, I did Reiki with her with my hands about half a foot away, which she was quite comfortable with.  She was out of her cage at this point (the cats who are caged have a chance to be out of their cages on a rotating basis), and settled on a towel on top of one of the cages.  This felt like a good way to get her acquainted with my energy, giving her some space and time to trust me.  She settled right into the calming energy, tucking her legs under her body and closing her eyes.

The second time I worked with her, which was yesterday, I decided to see if I could do some TTouches with her, using a paintbrush as a tool, so that would still give her some space.

Even with the paintbrush, I knew that it would have to be a little at a time at first.  The first couple of times I approached her with the paintbrush, she was a bit unsure, batting at it or moving away from it.  I gave her a minute, and the next time I made sure she had a chance to sniff it, and she rubbed her face into it, then the next time rubbed her face and body against it and rolled on her side.  A connection had been made.

The whole time, I had been silently telling her that I was here to help her, that she need only do as much or as little as she was ready to do.  It is so important for the animals to feel that they have a choice, and that they are not being forced to do something.

Giving Selena plenty of breaks, I let her sniff again, and again she rubbed her face against the brush.  I did a few TTouches and strokes on the outside of her mouth.  I repeated this a few times, and then found that she was particularly responsive to TTouch circles on the top of her head.

I slowed the circles down as I went, pausing at the end of each circle and a quarter, consciously slowing my own thoughts down, as though I was hearing them in slow motion.  I like to do this because the animal picks up on that slowing down of the energy and it helps them to relax.  Her eyes began to close and I actually started hearing a purrrrrrr.  I got a bit closer to make sure it was her purring, and... it was.

Every so often I would pause, taking the brush away and observing what she was doing. Each time she got more and more settled, getting into very sleepy mode.  Each time I put the paintbrush back, I didn't get a pulling away, but instead, she relaxed right into it.

She was getting so relaxed with what I was doing, that I decided to try transitioning to using my finger to do the TTouches.  Slowly I worked my hand down the handle of the paintbrush, keeping it there so that I could go back to using it if I needed to.

You will see in the video just a small portion of our work, showing how I went from using the paintbrush to using my finger.  It is best not to rush this process - to make sure that they are completely comfortable with being touched with the paintbrush or other tool before transitioning to using the hand. 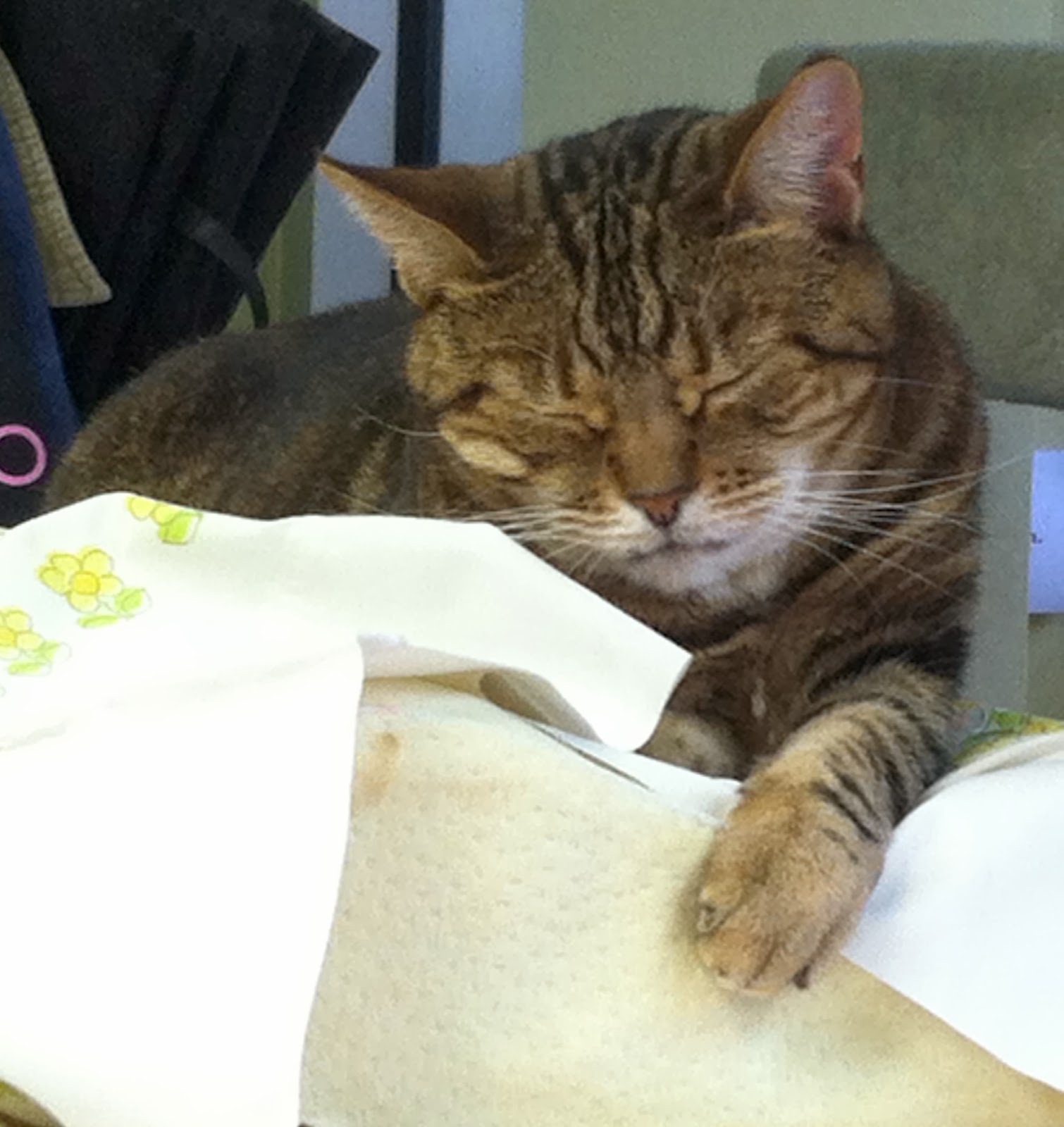 I really felt the space around calm down as I worked.  TTouch and Reiki both seem to affect the whole space around the animal, as well as affecting the animal who you are working on.  Another cat who I work with often, Coral, was nearby inside a box in a cat tree, and she was snoozing away by the time I finished.

When I felt it was time to stop, I thanked Selena silently, and gently moved away.  For the rest of the time that I was there, she remained relaxed and comfortable, as you see in the photo above.  Today I felt that I reached a very deep part of her and that she was able to really let go.

It felt like such an honor to connect with this dear being, for her to allow me in, especially to make a connection that felt at such a deep level.  I can literally feel it in my heart when this happens, and in myself I feel simultaneously such a profound sorrow and joy in that moment. The sorrow feels like a deep letting go, and the joy feels like an exuberant opening of the heart.

I am so grateful that Reiki and TTouch can enable this type of connection, especially for shelter animals who have been through so much.

I look forward to working with Selena again soon :)

Thanks to all at bideawee who do so much for these dear creatures!

xo
Posted by sarahsuricat at 1:48 PM