TTouch and Reiki with Marlowe at BARC Shelter: Calming Relief for Itchy Skin 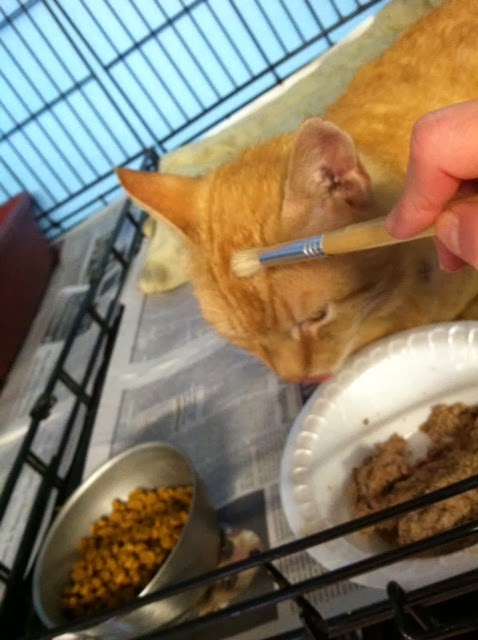 Modalities such as TTouch and Reiki are not a substitute for veterinary treatment, but they can work hand and hand with conventional medicine so well.
Marlowe is a lovely, sweet orange male cat who recently came into BARC Shelter.  Possibly due to a reaction to an antibiotic, he ended up with many patches of itchy skin.  He was switched to another antibiotic, and is now being giving a steroid to help with the skin issues, so that got him on the right path.
Meanwhile, my friend Betty K, a longtime volunteer at the shelter, discovered that Marlowe really responded to little circular TTouches on his head with a paintbrush.  By using the paintbrush and doing the TTouches on his head, she is able to avoid touching the itchy areas, which are primarily on his body. 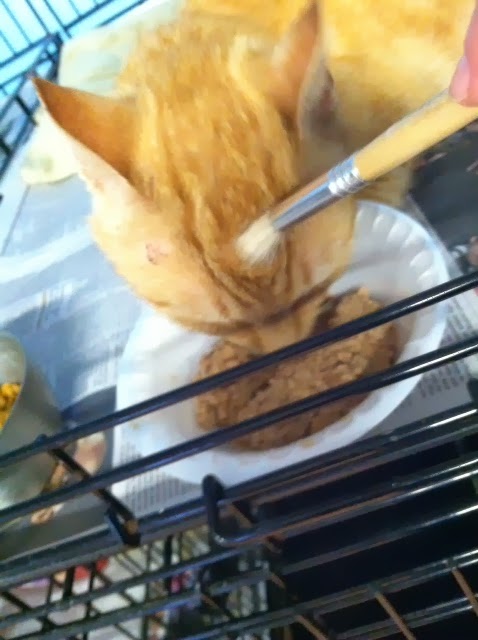 He is extremely soothed by the TTouches, which help him get into a much more relaxed state, and calm his nerves, so he is much less apt to scratch at the areas.  He stretches out as she does them, and enjoys her working with him that way for a very long time :) The TTouches also can help to stimulate his appetite, so in the course of her sessions, he often comes forward to eat.  So that is all great! 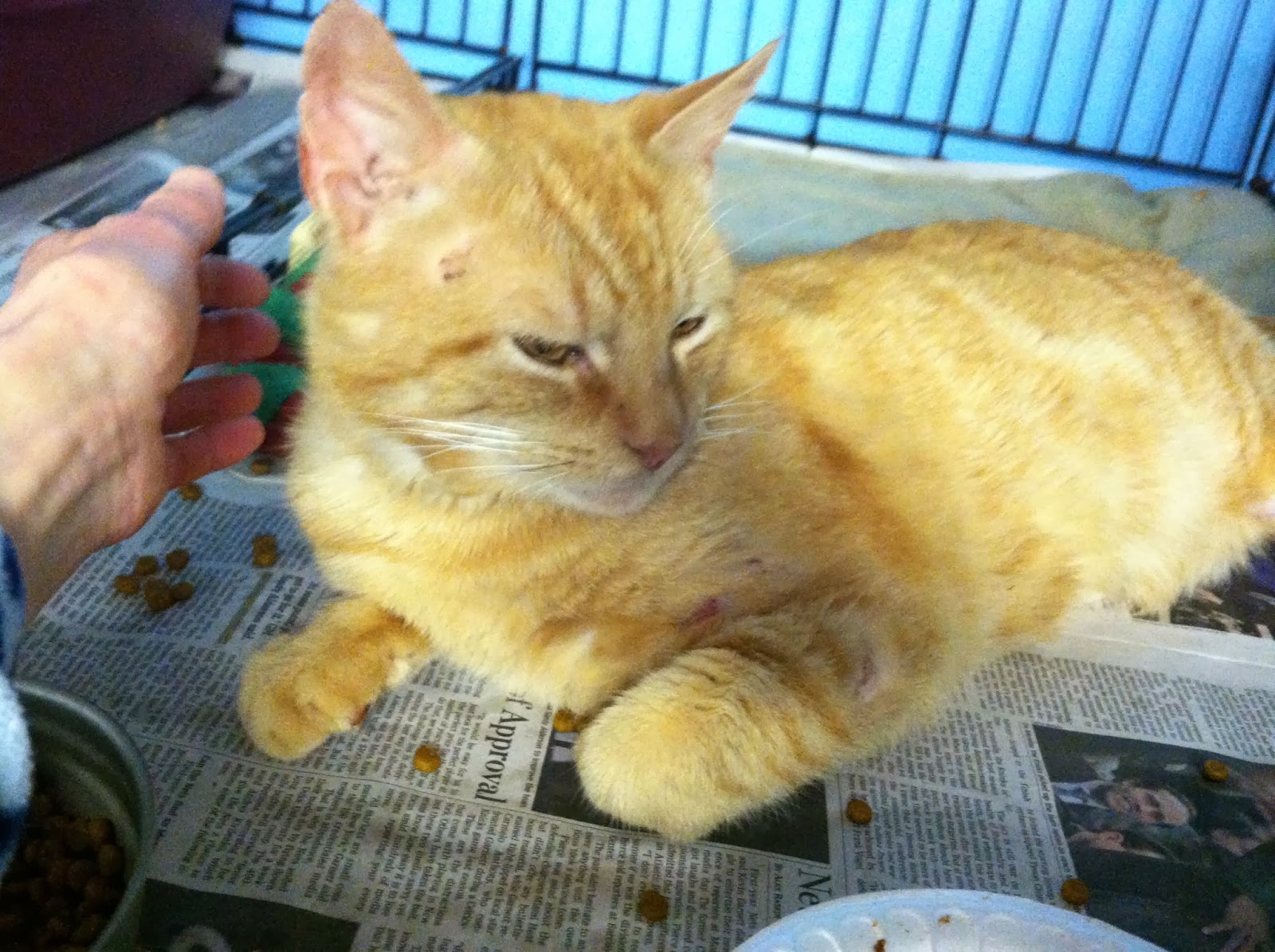 I have been doing some TTouch with Marlowe, but since Betty is already doing the TTouches with him, I have been primarily doing Reiki with him.  Reiki also serves to calm and soothe him.  I have been mostly keeping my hands slightly off his body.  Again, I want to avoid touching the itchy areas, as I don't want to make him uncomfortable or irritated and more likely to scratch.  However, in the process of Reiki, animals most often will shift their body until your hands are where they would most like them to be, and yesterday, he turned over and laid right into my hands for a good while.  I could feel a good amount of heat and energy coming out of my hands, and felt him get very peaceful there.  Reiki can also stimulate the appetite, so he often eats after his sessions with me as well. 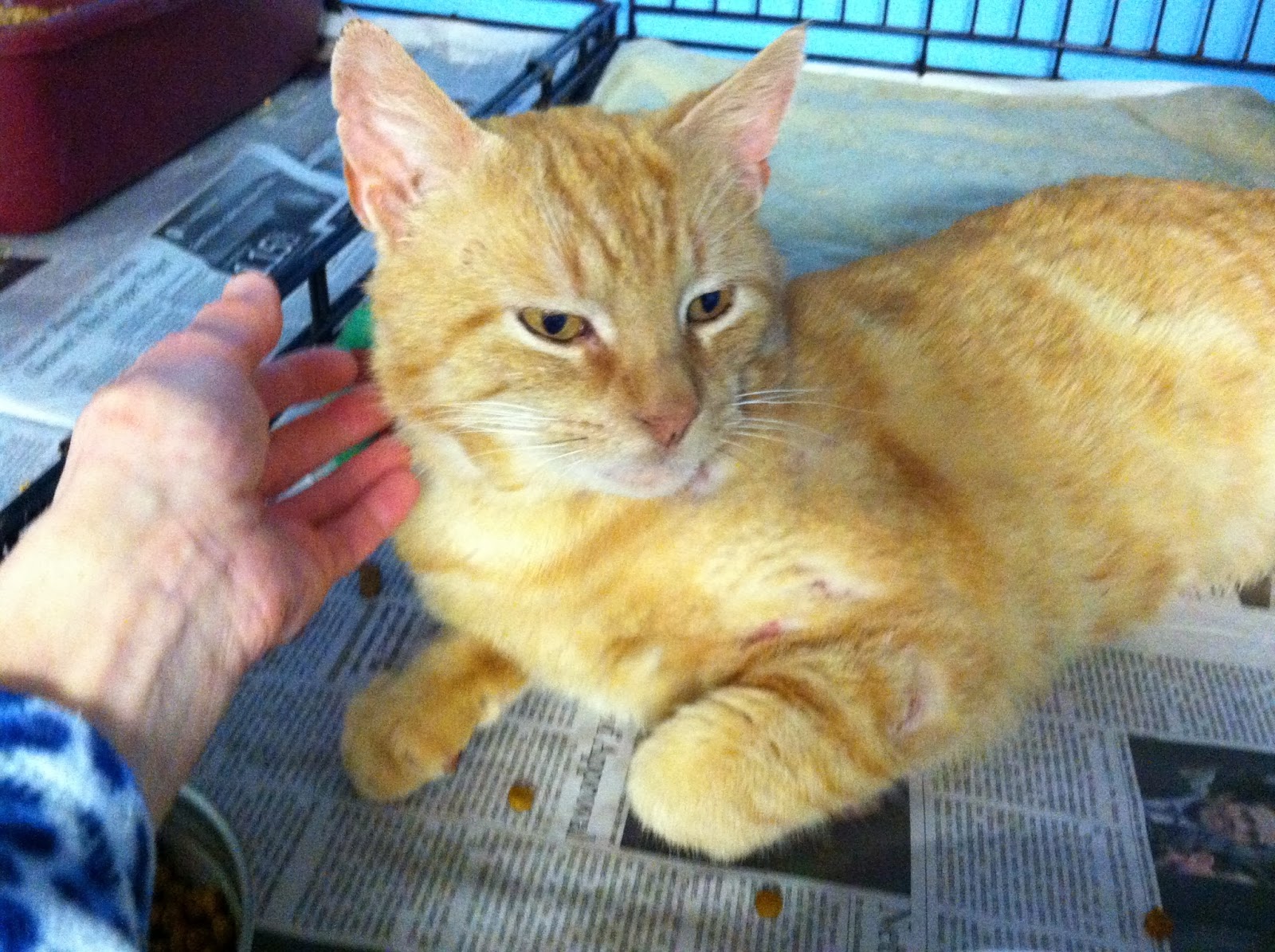 Last time I was at BARC, I noticed that the itchy areas are drying up, which is great.  And when I am working with Marlowe, I generally do not see him scratch at all.  I am sure that ﻿both the TTouch and Reiki are helping him to stay in a calmer state, which is so helpful with skin issues, as they usually are aggravated by stress.  And a shelter environment can be so stressful for animals.
So glad to see Marlowe starting to feel better, and thanks Betty K and the other wonderful BARC people for helping Marlowe and the other animals to feel more at ease.  xoxo
﻿
Posted by sarahsuricat at 3:07 PM