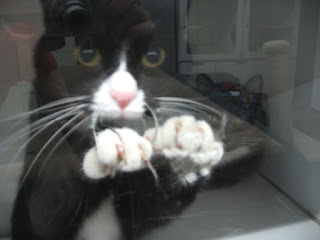 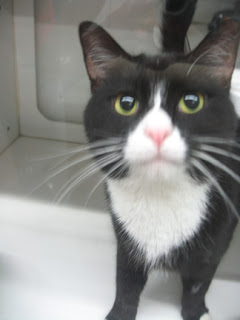 Smoky (shown below) came in with Oreo and is very gentle and sweet, a more passive personality than Oreo but loves to be touched. She responded most to a touch I did on her that was like the abalone touch, with my fingers flattened like the abalone touch but spread apart like in the Tiger TTouch. She really seemed comforted by these big touches which I did rather slowly. 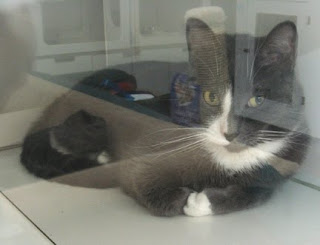 Below is Diego, who is also a very gentle soul. He seems to be a bit intimidated by other cats but really responds well to people, especially when you approach him quietly. He also responds well to TTouches which use more of the hand, like the abalone TTouches. He laid down and stretched out as I did these TTouches on him. I also did ear strokes and raccoon TTouches on his head. 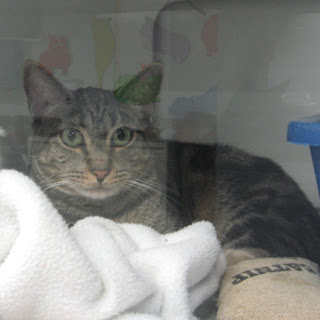 Angel (below) is a very sweet kitty, she comes forward for TTouch and begins to rub herself against my hand. She got so over-excited that she fell off her shelf (landing on her feet of course!). I did chimp touches around her head area and circles and strokes down her back, and some touches around the mouth area as well. 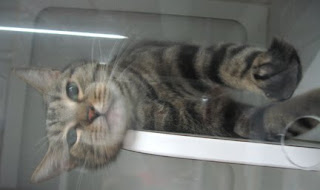 Posted by sarahsuricat at 12:52 PM